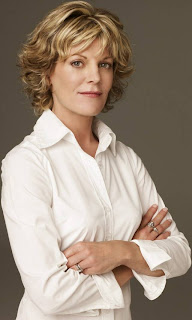 "The Unbreakable Child is an act of courage, a book that insists on the primacy of justice, no matter how long the delay. Kim Michele Richardson, an author determined to give traumatic memories a rightful meaning, is one indestructible woman." —Jason Berry, author, Vows of Silence


In a story of incredible cruelty and injustice, Kim and her three older sisters were taken from their neglectful mother by the Commonwealth of Kentucky when Kim was a toddler and placed at the St. Thomas/St. Vincent Orphanage The beatings began almost immediately and lasted until the girls’ mother regained custody again. By this time Kim and her sisters had endured nine years of systematic abuse at the hands of the cruel nuns.

It is sometimes hard to read the unimaginable abuse the children suffered in the care of the Sisters of Charity of Nazareth. Kim’s honesty will drew you in and her truthfulness oozes from many of the horrific pages. Her voice speaks clear in this page-turner, touching every emotion leaving you drained from the pain and the joy, from the crying and the laughter.

Ms. Richardson also appalauds the courage of one man, William McMurry, the blistering, but empathetic attorney who uncovered and effectively brought to justice, the methodical concealment of decades of orphan abuses. Although you would think this story of cruel and inhuman practices was evil without end, it is an accolade to the flexibility of the human spirit and a victory to see Kim and her sisters overcome their situation with determination and resolution.

BIO: Kim Michele Richardson spent over nine years in the care of the Sisters of Charity of Nazareth in her native Kentucky in the 1960’s. That grim experience and her subsequent legal action against the nuns are the subjects of her book, The Unbreakable Child.

As the Kentucky spokesperson for SNAP, The Survivors Network for those Abused by Priests, Kim is a go-to contact for news media for the endemic clergy abuse crisis and has appeared on national radio, news print, TV news channels, and on PBS stations.

Kim mentors teen and adult writing workshops and has initiated student reading groups and has also implemented and designed successful programs to help homeless shelters - programs that taught students about giving back to their communities.

Kim has been an active community worker doing volunteer work for Habitat for Humanity and a local shelter for the homeless, as well as helping younger students with reading and writing. She works closely with abuse victims and survivors of all types of abuse. Kim is also a contributor to The Huffington Post, writing about societal issues.