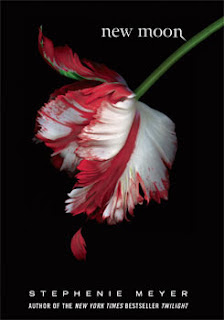 Stephenie Meyer's sequel to Twilight is called New Moon. Isabella Swan - Bella - celebrates her birthday with her boyfriend Edward and his family, a unique clan of vampires that has sworn off human blood.

But the celebration abruptly ends when Bella accidentally cuts her arm on broken glass. The sight and smell of her blood makes the Cullen family pull away from her before they are tempted to make a meal of her. After all is mended, Edward, realizing the danger that he and his family create for Bella, sees no option for her safety but to leave.

Although this book is a very good read, I didn't like it as much a Twilight. I think the main reason is because I like Bella and Edward as a couple, and they spend the majority of this book apart from each other. However, we do get to see the character of Jacob and I have grown to love him as part of this unusual love triangle.

Bella and Jacob have adventures that are wild, dangerous, and teeter on the brink of romance, but memories of Edward keeps Bella's emotions in check. An unusual twist in this book quickly morphs into danger, especially when Bella uncovers the true identities of Jacob and his pack of friends.

If you're reading this story because you like vampire stories, you will be disappointed. As I stated earlier, Edward's only in about a quarter of the book. When he is around, however, his presence is appreciated. Many readers will look at Bella's behavior during her her time with the "wolves" as bizarre and entirely unbelievable, but I see her as being in pain over the loss of her true love.

Again, this is not a vampire story. The fact that vampires were not around in this book may turn some readers away - not me. I did enjoy the unique take on werewolves, but I felt that since we had seen so much of the vampires in the first book, that we should have seen and felt more of the werewolves in this book.

There were some hints of future issues between the Cullens and Jake's clan and I hope we see them. The next book in this series is Eclipse. So, if you loved Stephenie Meyer's debut novel, Twilight, then this is a must read. 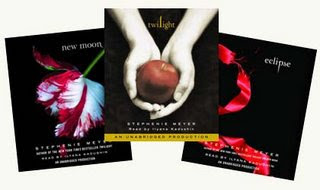 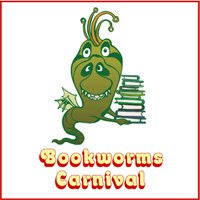 Hi Bobbi. Thanks for joining the Historical Fiction Reading Challenge. We have a review blog and a yahoo group all up and running. If you're interested in joining either one of these, email me at anniebucknall at hotmail dot com and I'll send you an invite. Hope you enjoy the challenge!

I love the sound of both these books and will be looking out for them in my local library. Thanks for the reviews